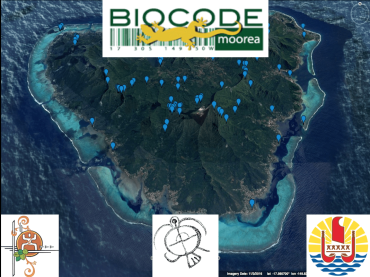 I’m currently working to develop a statistical model that predicts the native/non-native status of an unidentified specimen based entirely on measures of genetic diversity.  So far we’ve validated the model using the Moorea BioCode insect dataset, and are looking to test the model in additional systems.  Please contact us if you’re interested in collaborating!

The continued introduction of invasive species has profound impacts on the sustainability and productive capability of American farmers, ranchers, and growers, in addition to threatening native wildlife and ecosystems. However, it is unclear when attempting to control for invasive species, whether it is more important to account for genetic or environmental variables. Yellow starthistle is one of the most economically damaging (~$1.4 billion in annual damages) and widespread invasive weed species in North America. I have developed a method to integrate ecological niche modeling with next-generation sequencing to determine the relative importance of genetic and environmental variables. My preliminary results indicate that there is a significant correlation between plant genetic diversity and the efficacy of the biological control agents. This research leverages the availability of extensive geographic sampling of yellow starthistle in California by the California Department of Food and Agriculture and recent breakthroughs in Next Generation Sequencing (NGS) technologies to examine the relative importance of landscape and genetic variables on the distributions, population structure, and rates of geneflow between populations of yellow starthistle. This USDA-NIFA Fellowship research is being supervised by Dr. George Roderick at the University of California Berkeley and Dr. Patrick Moran at the USDA ARS Western Regional Research Center in Albany, CA.

The biological control of winter moth (Operophtera brumata) in Nova Scotia represents a text-book example of a successful biological control program, however, winter moth has more recently invaded Oregon, British Columbia, and the northeastern United States and appears to be expanding its distribution. This expansion may be facilitated by hybridization with a native congener Bruce spanworm (O. bruceata). As a Postdoctoral Researcher in the lab of Dr. Joseph Elkinton, I used next-generation sequencing and microsatellite genotyping to uncover the historical biogeographic patterns for winter moth in Europe, and to identify hybrids in all of the invasive populations, and I am continuing to collaborate with Dr. Elkinton and Dr. Nathan Havill at the USDA Forest Service Northern Research Station to identify the geographic regions of origins of each invasive winter moth population.

I’m currently working to develop techniques to add to the value of Natural History Collections by linking morphological specimens in the collection to DNA sequences, while maintaining the physical integrity of the specimen.  Currently, I’m supervising the Senior Thesis project for Julian Rasco at UC Berkeley, where he is using non-invasive DNA extraction techniques to obtain DNA from gall wasps, with the goal of constructing the first phylogenetic analysis of California oak gall wasps! Stay tuned, preliminary results are looking great, and we should have some DNA sequences published in GenBank soon!